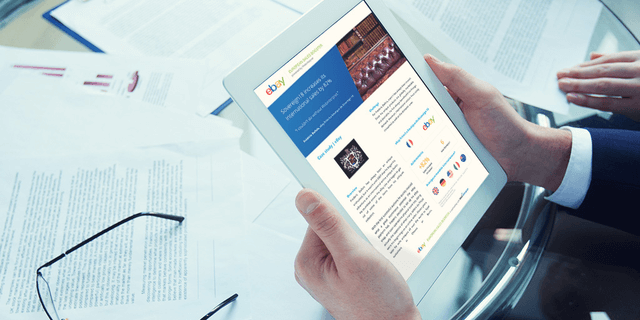 I couldn’t do without Webinterpret. 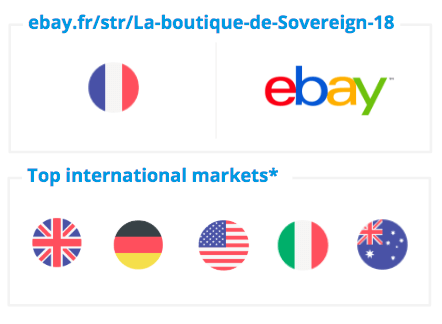 Frédéric Dallois has always been an antique enthusiast, but it wasn’t until 2007 that he began his adventure as an international online antique dealer. He stumbled across the eBay marketplaces and started to sell some of the items from his antiques collection.

Already after the first successful sales, he realized what a great ecommerce potential the eBay platform has, especially in his product niche. He subscribed to the “European Sales Booster on eBay” in order to further increase the visibility in his niche, especially regarding sales from abroad.

Subsequently, he also created his own online shop. So he did exactly the opposite of what many online merchants do. Eleven years later, he sells antiques all over the world to loyal customers in Ottawa and Berlin.

For Frédéric Dallois, export has always been crucial. Since his unique products are globally marketable and desirable, he has always benefited from demand from abroad. However, international visitors have rarely converted as well as the domestic ones.

While searching for a suitable solution, Frédéric Dallois took part in a meeting to celebrate eBay’s 15th anniversary where the partnership between eBay and Webinterpret was officially announced. The service offered by Webinterpret proved to be the solution he indeed needed. The eBay meeting took place on Wednesday and on Friday Frederic had already subscribed to the service.

Thanks to a simple plug-and-play solution, he was able to immediately launch his eBay store in 6 new markets, allowing him to increase his international presence and sales.

Sovereign18 experienced an 82% increase in international sales. Thanks to the improvement in the conversion rate of its international buyers and the most complete and secure localized shopping experience.

Its main markets are Germany and the United Kingdom, immediately followed by Spain and Italy. Australia and the United States are also gradually becoming important too.

The European Sales Booster program is provided by eBay in partnership with Webinterpret.

†Based on average monthly revenues January – April vs May-August 2018.
††International markets opened.
*Based on GMV since January 2018.