About one year ago we launched for a few sellers a tool that allows them to communicate with international buyers in their own language. It was reserved for only a few sellers on specific marketplaces. Today we are glad to announce that this tool is totally compatible with eBay and will be rolled out for all sellers using Webinterpret:

Communicating with international buyers made simple

As eBay becomes an ever more international market place, new challenges emerge for the eBay sellers. Have you ever encountered problems communicating with international buyers sending you messages in their native languages? Or received negative feedbacks that you were unable to understand since they weren’t written in English? Each international seller can name at least one experience of this kind.

A new WI tool will put an end to these and other problems you may have with buyers from all over the world. Webinterpret’s MTS or Message Translation System makes answering buyers’ queries a piece of cake.

How does it work?

When a foreign buyer sends you a message, you receive an email from MTS containing a link. The link directs you to the MTS web interface where you can see the message in the source language and its automatic translation (WI ecommerce machine translation).

In order to answer it, you can choose from one of about twenty ready-made templates which answer 90% buyers’ needs. A simple click suffices to send the selected template, translated by WI translators into the buyer’s native tongue.

What about the remaining 10% of messages? Just provide us with templates specific to your business and WI translators will translate them into German, French, Italian, Spanish… 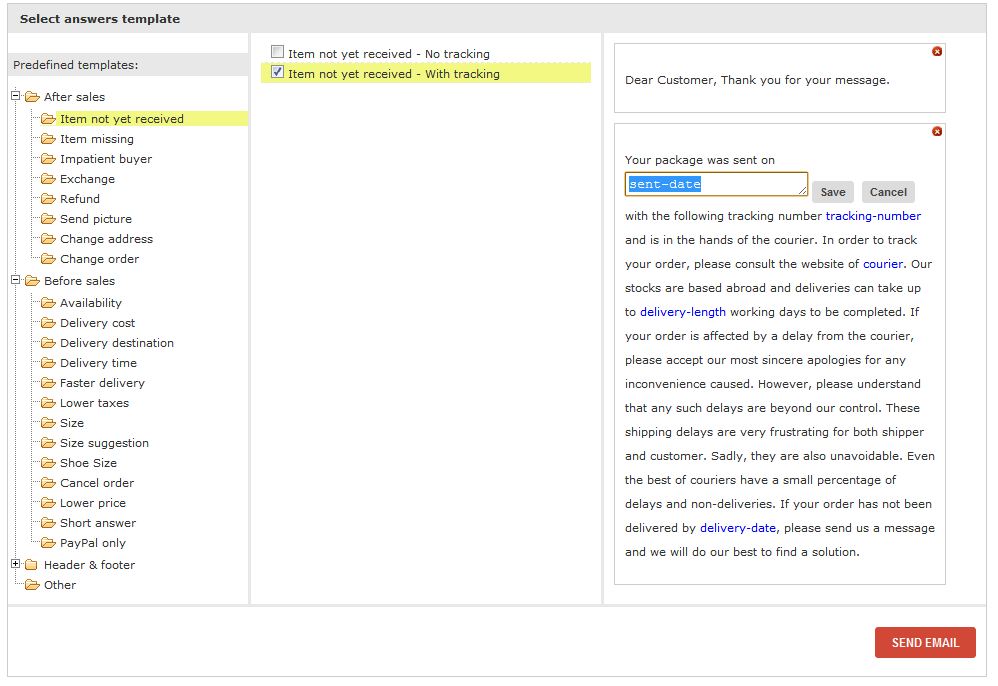 There are a few reasons to communicate internationally with MTS :
• Answering with MTS is a few times faster than translating buyers’ messages for yourself – you gain on speed and this can help your DSR’s
• Buyers will appreciate that you communicate with them in their own languages – it will increase your rates for communication
• MTS is a system well-integrated with eBay, completely transparent for the buyers who will never suspect that a third-party tool has been used to answer their queries

Once you’ve started using MTS you will be able not only to understand messages from buyers from all around the world but also to actually communicate with them in their own languages. Buyers will certainly appreciate this effort and reward you by giving you top rates for communication. You will also notice that answering messages in foreign languages has become just as simple as dealing with them in English.

Selling to international buyers has never been so easy 🙂

Ecommerce translation: new functionalities to help you sell even more