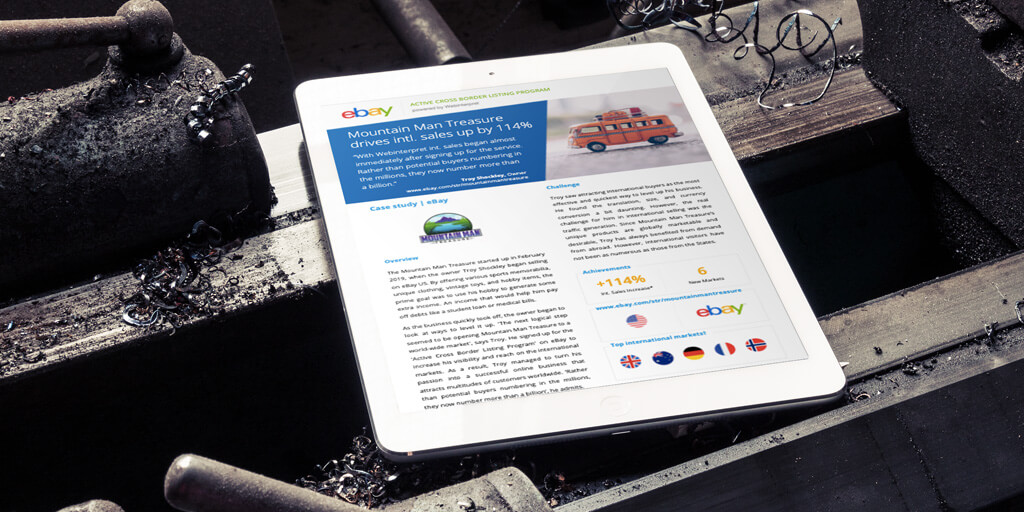 With Webinterpret int. sales began almost immediately after signing up for the service. Rather than potential buyers numbering in the millions, they now number more than a billion. 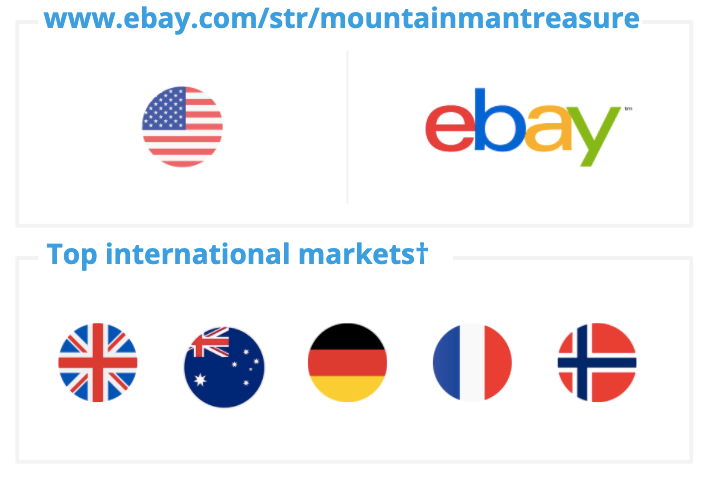 The Mountain Man Treasure started up in February 2019, when the owner Troy Shockley began selling on eBay US. By offering various sports memorabilia, unique clothing, vintage toys, and hobby items, the prime goal was to use his hobby to generate some extra income. An income that would help him pay off debts like a student loan or medical bills.

As the business quickly took off, the owner began to look at ways to level it up. ‘The next logical step seemed to be opening Mountain Man Treasure to a world-wide market’, says Troy. He signed up for the ‘Active Cross Border Listing Program’ on eBay to increase his visibility and reach on the international markets. As a result, Troy managed to turn his passion into a successful online business that attracts multitudes of customers worldwide. ‘Rather than potential buyers numbering in the millions, they now number more than a billion’, he admits.

Troy saw attracting international buyers as the most effective and quickest way to level up his business. He found the translation, size, and currency conversion a bit daunting. However, the real challenge for him in international selling was the traffic generation. Since Mountain Man Treasure’s unique products are globally marketable and desirable, Troy has always benefited from demand from abroad. However, international visitors have not been as numerous as those from the States.

Webinterpret cutting-edge technology solution not only automatically lists its products on eBay’s international marketplaces, in local languages and local currencies. It also allows its products to appear high in local search results, significantly increasing the traffic and conversion.

‘Webinterpret sales began almost immediately after signing up for the service’, admits Troy. In fact, within the first three months after joining Webinterpret the company’s International sales went up by an impressive 114% (vs. three months prior).

The Mountain Man Treasure now attracts a multitude of buyers worldwide regardless of ‘the weather’. ‘Even in the global economic dip caused by the coronavirus, we’re making sales across the globe at a relatively steady pace’, says Troy. 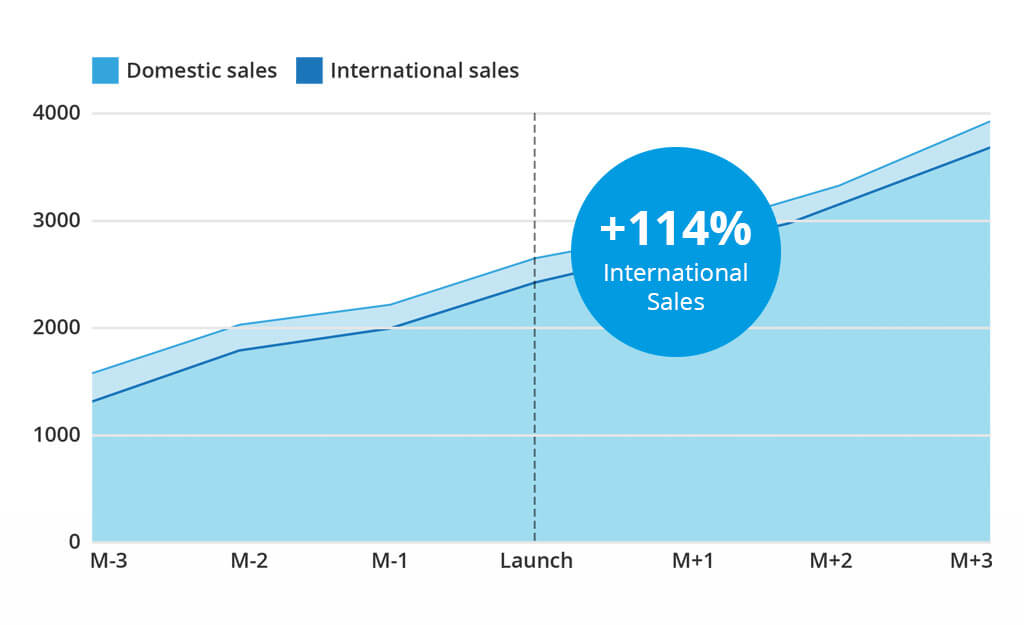 Data based on revenue figures 3 months before joining vs. 3 months after joining Webinterpret.

The Active Cross Border Listing Program is provided by eBay in partnership with Webinterpret.

*International sales increase. Data based on revenue increase 3 months before joining vs. 3 months after joining Webinterpret.
†Based on revenue data per country from 14th June 2019 until 1st April 2020.

7 ecommerce trends on marketplaces to grow your sales in 2022
Best eBay selling tools: software and services you need to know
How to increase sales with eBay Promoted Listings at lower advertising costs? [Research]