We would like to introduce you to a unique and the very first monthly report on US international sales carried out by Webinterpret.  While preparing this international market analysis we wanted to answer 3 questions that every US online business owner selling internationally needs answers to:

Chart 1. International sales in the first half of 2015 in the UK, DE and US 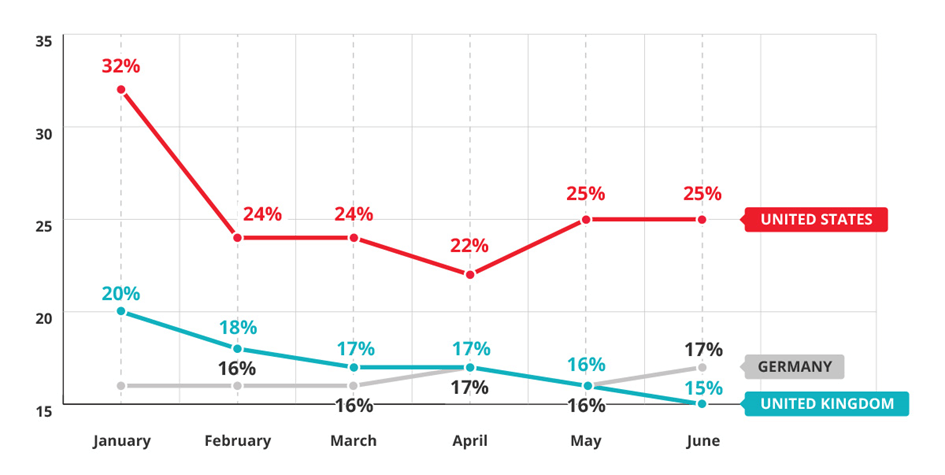 Revenue generated by international buyers for British sellers who sell internationally accounts for 15% to 20% of the total online sales revenue for those retailers. Each month in the first half of 2015 has seen a slight decrease of between 1% and 2% in international revenue for UK sellers.

Chart 2. How US international revenue breaks down between the top 10 foreign markets during the first half of 2015 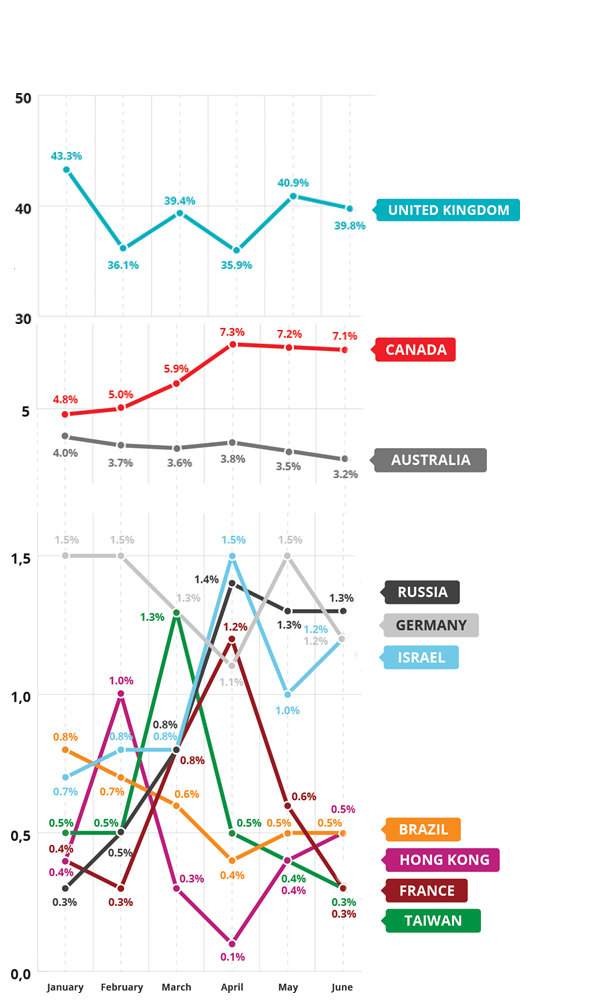 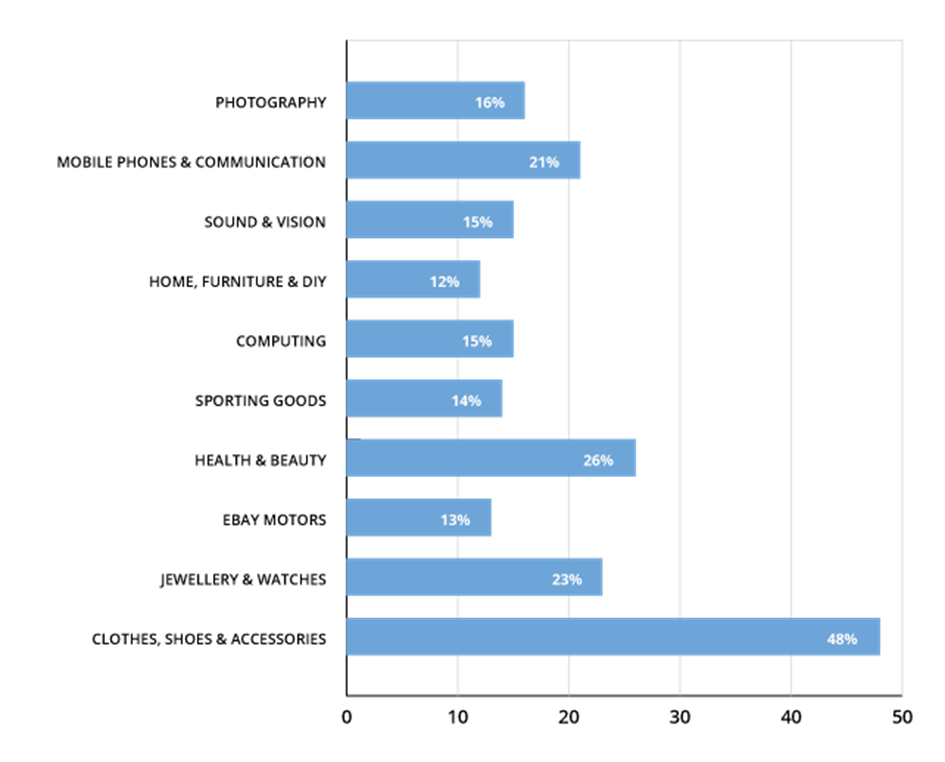 We encourage you to look at the whole unique data reported by Webinterpret here. Also don’t miss our next monthly report which will be released at the beginning of October!