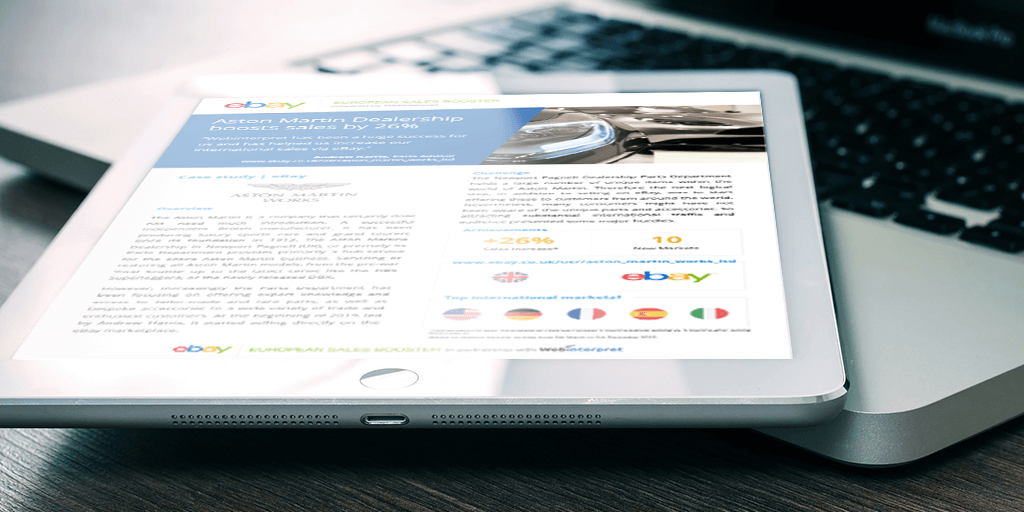 Webinterpret has been a huge success for us and has helped us increase our international sales via eBay. 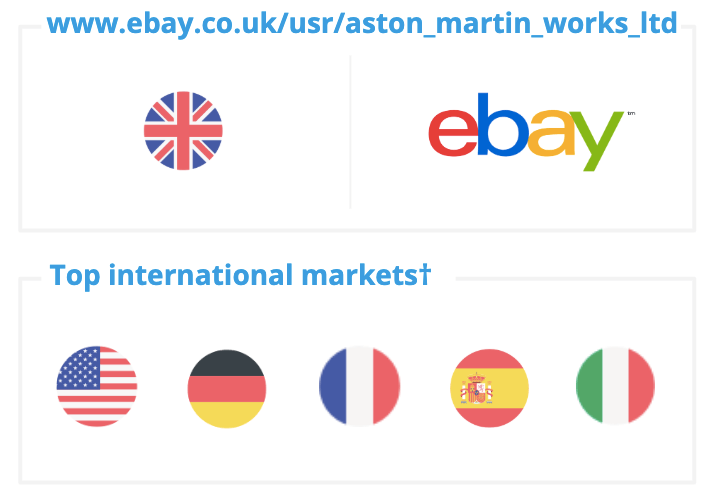 Aston Martin is a company that certainly does not need much introduction. A successful independent British manufacturer, it has been producing luxury sports cars and grand tourers since its foundation in 1913. The Aston Martins Dealership in Newport Pagnell (UK), or precisely its Parts Department provides primarily a hub service for the entire Aston Martin business. Servicing or restoring all Aston Martin models; from the pre-war ‘Coal Scuttle’ up to the latest series like the DBS Superleggera, or the newly released DBX.

However, increasingly the Parts Department has been focusing on offering expert knowledge and access to tailor-made and rare parts, as well as bespoke accessories to a wide variety of trade and enthusiast customers. At the beginning of 2019, led by Andrew Harris, it started selling directly on the eBay marketplace.

The Newport Pagnell Dealership Parts Department holds a large number of unique items within the world of Aston Martin. Therefore the next logical step, in addition to selling on eBay, was to start offering these to customers from around the world. Nevertheless, many consumers might have not been aware of the unique parts and accessories. So attracting substantial international traffic and audience presented some major hurdles.

When looking for a solution that would increase exposure and sales, Andrew Harris from the Parts Department at Aston Martin Dealership in Newport Pagnell, came across the eBay European Sales Booster Program (ESB). Webinterpret’s localization tool that underpins the ESB allowed the business to launch its eBay store in up to 10 new international markets. Giving the business an increased international exposure, and also better conversion with international buyers.

Webinterpret simple and straightforward Plug & Play solution has turned out to be a huge success for Aston Martin Dealership. It helped the company increase its international sales via eBay by 26%, and expand to countries they have never sold to before.

The International Sales Booster program is provided by eBay in partnership with Webinterpret.

*Overall sales increase. Data based on revenue increase 5 months before joining vs. 5 months after joining Webinterpret.
†Based on revenue data per country from 5th March to 9th December 2019.