4.61 billion: this is the number of people who have no regular Internet connection today, out of which nearly everyone is predicted to have Internet access by 2020. Are you aware what this might mean for the future of your business? It means staggering numbers of potential consumers. It is up to you to tap into these resources and start selling beyond your domestic market, if you haven’t already. The projected number of digital buyers in 2015 (in millions as per data below) is almost 40 mln in the UK, 45 mln in Germany and 26 mln in France. Start your global expansion today: with the increasing number of young shoppers and the widespread use of mobile devices, the sales potential in Europe is constantly growing. 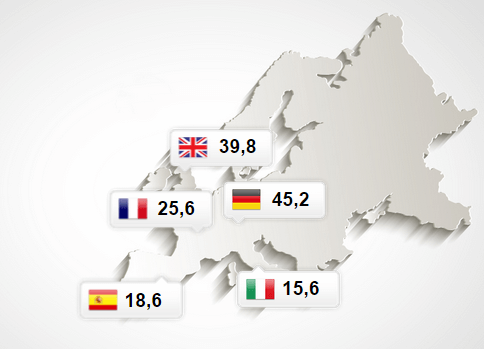 The US marketplace may seem large enough in terms of sales potential and the sheer number of buyers. Yet, there are many more marketplaces you can tap into. According to Internet Retailer (April, 2015), European marketplace sales approach 3 billion euros per year, which is also due to the fact that Amazon attracts more sellers. According to Amazon, in 2014 businesses selling internationally on the marketplaces in France, Germany, Italy, the Netherlands, Spain and the UK generated total sales of 2.80 billion euros ($3.08 billion). Amazon has confirmed that the European marketplace is growing.

There is a lot of cross border trading going on…

Webretailer has recently published a list of the world’s top 1,000 marketplace sellers ranked by feedback. Top European Amazon sellers are based in the UK, France, Germany, Spain and Italy. Interestingly, one of the sellers, KW Commerce, is based in Berlin but their biggest marketplace by feedback is Italy. This provides evidence for the fact that the focus on domestic sales may not generate your highest potential revenue!

WORLD MARKETPLACES BY WEBRETAILER (with the most sellers): 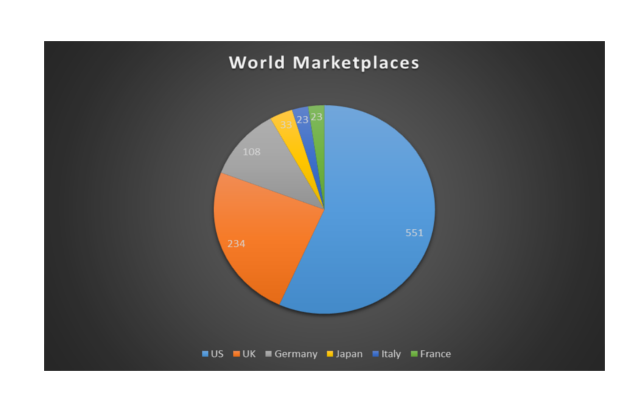 More Europeans are shopping online across national borders, which may mean millions of buyers interested in your product. Why not check your sales potential in Europe? Some of the top markets in Europe are the UK, Germany and France.

The UK marketplace boasts the world’s highest consumer confidence and percentage of online GDP. It is the largest market in the EU with a good digital infrastructure and four of the top ecommerce sites by sales volume. The UK seems like a good place to open your gateway to Europe!

The German e-commerce market is large and vibrant: the second largest one in Europe. Germany has a high 83% penetration rate with 91% of 30-49 year-olds making regular online purchases.The greatest potential lies in the market size.

In France you can reach nearly 70 million customers where there is a lot of room for growth. The French market is the 3rd largest market in the EU and 6th in the world. The marketplace is constantly growing and in terms of demographics, 87% of young people aged 24-34 and 97% of women aged 20-60 have shopped online.

The UK, Germany or France may be a good starting point if you wish to start your expansion beyond the US. The facts and figures imply that now is a good time to explore overseas sales opportunities. If you’re procrastinating on your international expansion, why not do some research! The world has gone global and so should your sales!

7 ecommerce trends on marketplaces to grow your sales in 2021
[Guide] How accelerated growth of advertising impacts Amazon sellers
How to use Instagram for ecommerce: guide for online sellers