International sales from January to October 2015 in the UK, DE and US

September and October have been stable for each of the presented markets.  American sellers are still a few steps ahead of German and British sellers. German and British retailers are performing quite similarly in terms of overall sales made internationally. The UK’s slight drop in October is the outcome of the currency conversion, which temporarily made sales in EUR slightly less profitable. 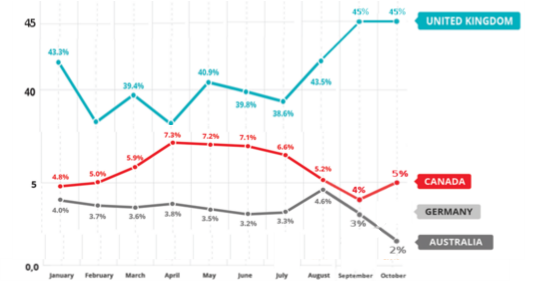 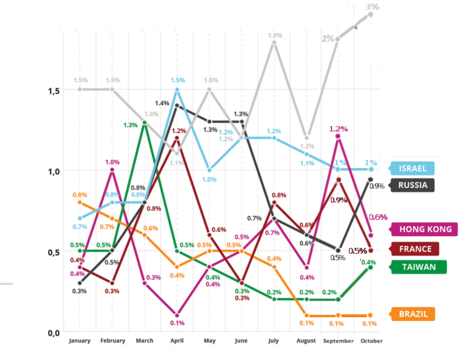 International revenue of top 10 categories sold internationally by US sellers 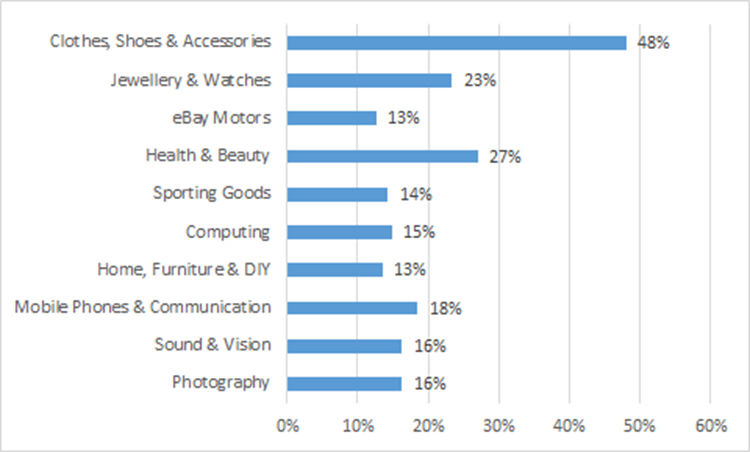 The graph opposite lists the top 10 international categories for US sellers and the % of those sellers’ revenue that is generated internationally.

We encourage you to look at the whole unique data reported by Webinterpret here. Also don’t miss our next monthly report which will be released in December!

eBay & Webinterpret launch a program for the US sellers