We would like to present you with the monthly report on international sales for British sellers, carried out by Webinterpret.  This market analysis covers 3 topics which are useful to every British online retailer selling internationally:

International sales from January to November 2015 in the UK, DE and US 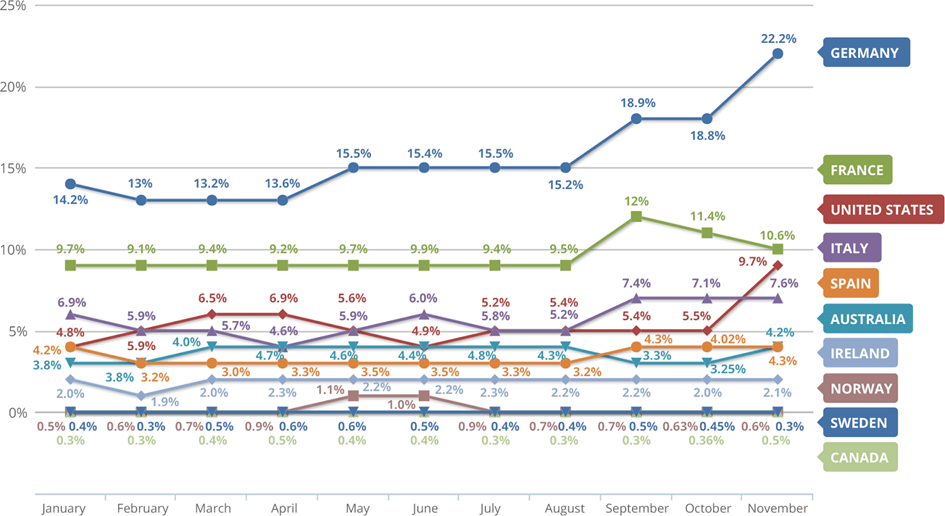 International sales analysis from November shows that British sellers should offer their items on the German market, because its interest in British items has grown by 8% over the last two months and will continue to grow even more during the winter holiday season. Also Italy and the United States are good markets for British sellers to offer their items. France sees a continued slight decrease of 1% in November. 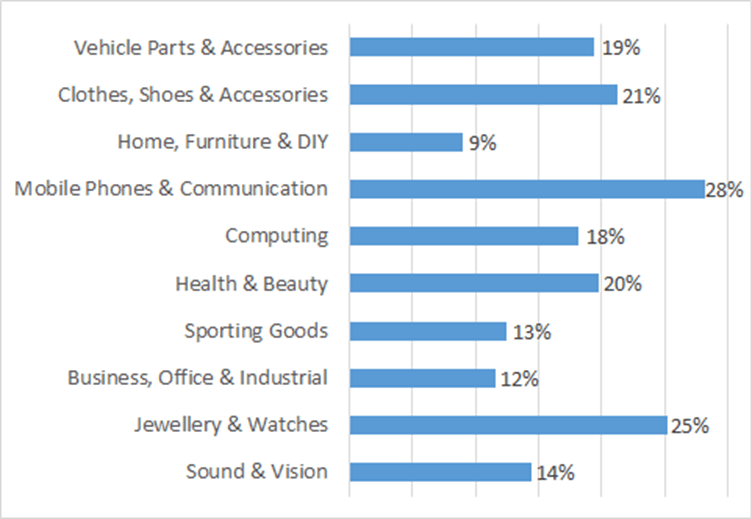 On the graph above you can see the lists of the top 10 international categories for British sellers and the % of those sellers’ revenue that is generated internationally. Our November 2015 analysis shows sellers in the UK are generating the highest international revenue in the categories Vehicle Parts & Accessories, Clothes, Shoes & Accessories and Home, Furniture & DIY. When looking at the amount of overall transactions, UK sellers are selling the most items internationally in categories such as Music, Mobile Phones & Communication, Jewellery & Watches and Collectables.