We would like to present you with the monthly report on international sales for British sellers, carried out by Webinterpret.  This market analysis covers 3 topics which are useful to every American online retailer selling internationally:

International sales from January to November 2015 in the UK, DE and US 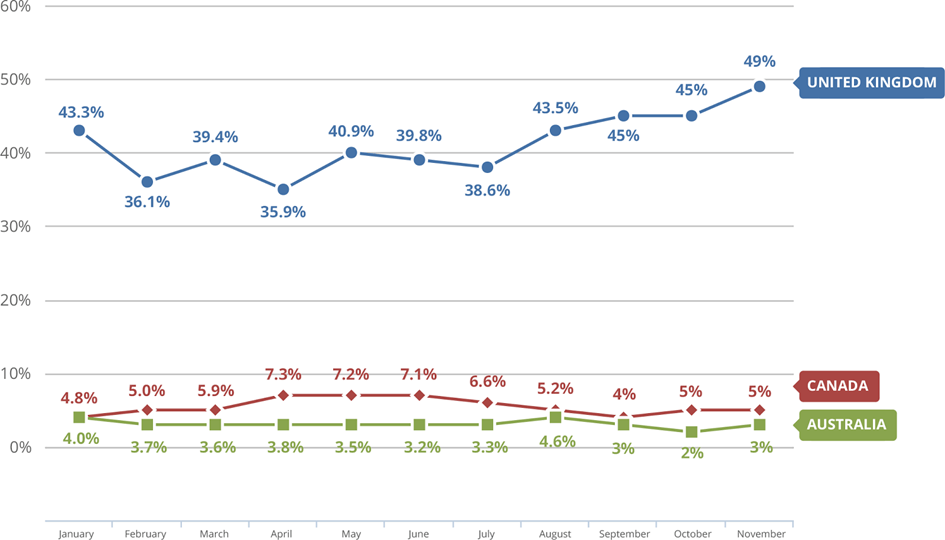 The chart on the right shows you how the US sellers’ international revenue breaks down between the top 10 foreign markets from January to November 2015. The top foreign market for American sellers is the United Kingdom with its constant upward trend. In second place we see Canada and after that Australia. These three are a must if you are an American seller and want to succeed in selling internationally.

International revenue of top 10 categories sold internationally by US sellers 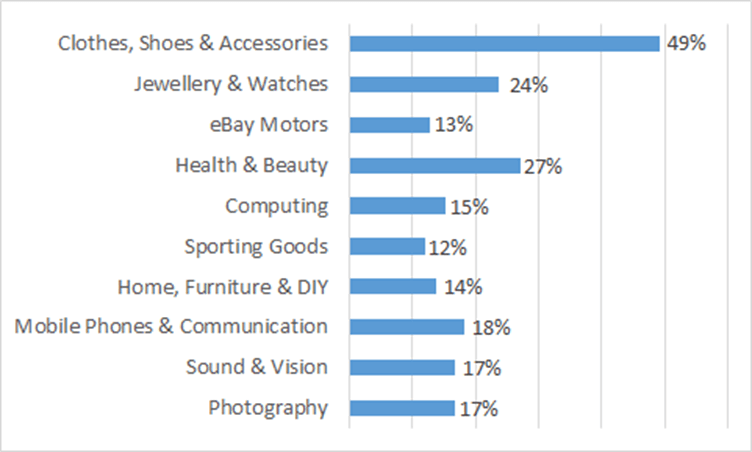