No turning back. Article 50 triggered. Brexit. Now what? … ecommerce sellers may wonder. Currency fluctuations, (un)expected changes in legislation and other uncertainties will bring international sales opportunities and challenges. Online retailers must prepare.

How can you prepare your ecommerce business in the face of Brexit? To a big extent, it’s up to you whether this economic and political event will be your ecommerce blessing or curse. Read on.

… things have changed. On the one hand, the drop in the pound against other currencies has grown the number of orders for many UK retailers. On the other, British sellers importing from abroad may have seen much higher costs. 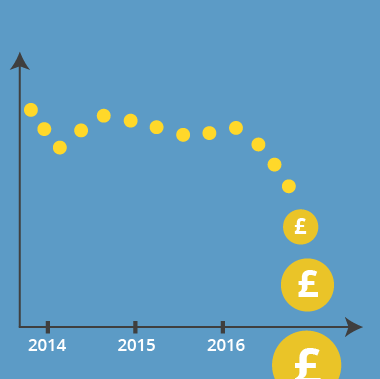 However, let’s not forget that these immediate effects are short-term results. It’s dangerous to assume that now everybody will be buying from British sellers because of the pound situation.

The long-term impact may be pretty destabilising for worldwide commerce. There’s also potential for new opportunities, making sellers come up with global solutions and resources. The new reality is likely to drive cross border trading even more, benefiting sellers and buyers alike.

Either way, we know nothing for certain.

Wouldn’t it be great, though, if there was a crystal ball predicting currency fluctuations and legislation changes? If you’re an online store owner, you’d surely like to know the post-Brexit future. Unfortunately, we’ve yet to find out the actual impact of this event.

In the meantime, some UK retailers have already experienced Brexit-related opportunities and challenges. Sometimes it’s a matter of timing and you may want to make hay while the sun shines. But you must be prepared and have an umbrella if it starts raining.

Brexit is in motion. International online retailers must prepare.

The official letter triggering Article 50 has been released. The UK has begun its journey of separating itself from Europe. Whether you feel that your personal or business story has been Brexit-affected, the transition time is not over.

There are a lot of questions. And one certainty: there is no turning back.

As the process of Brexit unfolds, the ecommerce world is looking closely at the political and economic changes. The following events will have an impact on the online sales sector in the UK, Europe and beyond.

Now is the time to prepare for what’s ahead in the coming months or years.

Let us give you yet another certainty: it’s not a good idea to leave your online store to chance. Much as the future is unknown, you can still do some preparation.

Brexit is here and worldwide ecommerce must embrace the new reality.

According to the recent IMRG MetaPack UK Delivery Index, UK retailers are experiencing a rise in international orders, with almost one third of all orders placed online in January sent abroad. 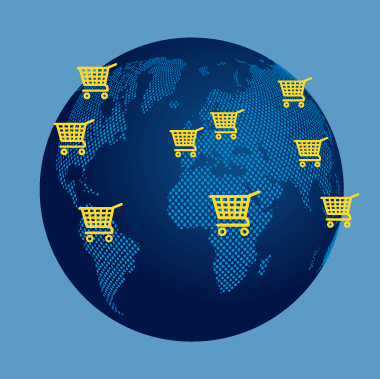 The weak pound has made the UK a good-value-for-money shopping destination.

There was a big increase in orders going to non-EU destinations in the months after Brexit. The probable reason is the dollar gaining against the pound, which drove US demand. A similar rise in average order value has also been noted in the case of EU destinations.

Some retailers immediately became much more profitable, i.e. selling at the same euro/dollar price, with a higher margin.

The currency situation also provided the opportunity to stay more competitive by lowering euro/dollar prices according to the change in the pound.

Many ecommerce sites use US software, e.g. a hosting provider or a platform. When prices are charged in dollars, there’s an instant increase in costs when the pound is weak. For instance, London tech startups whose most new tech is built on Amazon Web Services, billed in dollars, have noticed increased costs already.

UK sellers primarily importing from the US have been negatively affected by the fall in the pound. For now this has been compensated by an increase in sales to the EU. But the long-term costs and gains are yet to be known.

The UK is known to be the most mature ecommerce market in Europe and one of the leaders in the digital economy. The EU is its biggest trading partner and a lot of UK-based companies are strongly linked to the EU and influenced by its legislation.

If after Brexit either the UK or the EU adopts new regulations, how will it impact sales? When Britain is no longer part of the single market, distance-selling regulations, such as duties and taxes, will be less straightforward. Among expected changes are the VAT regulations in the case of UK retailers selling to the EU.

Some retailers tend to perceive parts of the EU legislation as a cost with not enough benefits. For example, due to VAT law it may be easier to sell goods outside of continental Europe.

The UK’s own competition law can be adjusted when the country officially leaves the EU. Brands may have more opportunities when it comes to testing new products or promotions, giving consumers more choice. 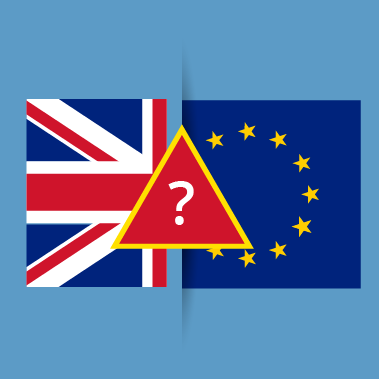 Further, if there’s no competition from the EU, UK retailers may be able to raise prices. They may also be able to purchase from the cheapest markets. The UK can impose its own tariffs on imports.

Maybe the future has it that Britain will become very competitive in Europe. On the other hand, maybe geoblocking laws will stop Britain from being a low cost provider from the non-EU outside, forcing it to focus its efforts elsewhere. But again, we wish there was a crystal ball…

The weakened pound boosted sales in the UK as worldwide online buyers were shopping for deals. This increase in sales has been happening in line with the growing trend for cross-border ecommerce.

According to a report by the British Chamber of Commerce (BCC), UK exporters are feeling more and more confident about Britain leaving the EU. Many of them expect business opportunities to increase.

Since the currency fluctuations after the Brexit referendum, small manufacturers have been pretty successful becoming competitive abroad. According to the BCC’s report, around 16% more manufacturers reported increased exports.

On the other hand, according to a survey conducted by Global-E, more than 50% of UK retailers believe cross-border trading will be more complex when the country leaves the EU.

What’s driving hope when Brexit sends chills running down the spines of many entrepreneurs? The rise of global ecommerce and online technology along with a weakened pound that could ensure stable exports for smaller companies.

Brexit will have an enormous impact on the world economic landscape. However, despite the unknown…

… leaving the future to chance doesn’t sound like the best idea.

There are no straightforward answers, but …

It’s better for online retailers to act than react: look for solutions!

For now you may be tempted to feel that you’re off the hook. After all, the decreased Sterling value has driven cross-border sales, right?

Even though currency fluctuations may be favourable in some contexts now, this may be misleading in terms of long-term economic success. In other words, you must be prepared for different scenarios.

For example, some sellers admit that they are considering incorporating their companies in Ireland to keep them inside the single market.

There isn’t one foolproof way. Neither is there a guarantee that the solution that appears the best now will be so 5 years down the line. But you must have options. You must have different alternatives. In colloquial terms, if one thing fails, you still have something else to hold onto.

The world of opportunity for ecommerce sellers is … the whole world.

Hence, why not expand the country portfolio where you sell your products? Grow your business outside the UK and Europe. Make your online store global or continue selling internationally. Not only is it your chance to multiply your revenue, but it can be your business first aid kit in case of an emergency.

For example, if one country stops being profitable for any reason at any point, you can investigate the situation in other markets to put in more effort where forecasts look most promising.

You must prepare your ecommerce business, technology and processes. This will help you make the most of new opportunities available on international markets.

Interested in how to maximize your sales potential and provide your business with options when times are lean? Why not book a FREE demo during which our ecommerce specialist will show you what you can do to double your sales.

Ecommerce sellers should stay aware of potential opportunities and challenges after Britain waves goodbye to Europe. Can we really predict what will happen? At the moment it’s more guesswork than a certain business prediction. Still…

The let’s-wait-and-see approach can result in lost profits and a long-term business failure.

Ecommerce sellers should embrace the upcoming changes and reevaluate the experience they offer to shoppers in Europe and beyond.

The current rise in sales due to the dramatic fall in the value of the pound shouldn’t be mistaken for the revival of the British economy. The fact is that the economic shocks may come to the surface when Brexit is the actual reality.

Make hay while the sun shines, but be prepared for a rainy day.

[FREE ebook] Impact of Brexit on international ecommerce: will you sink or swim?