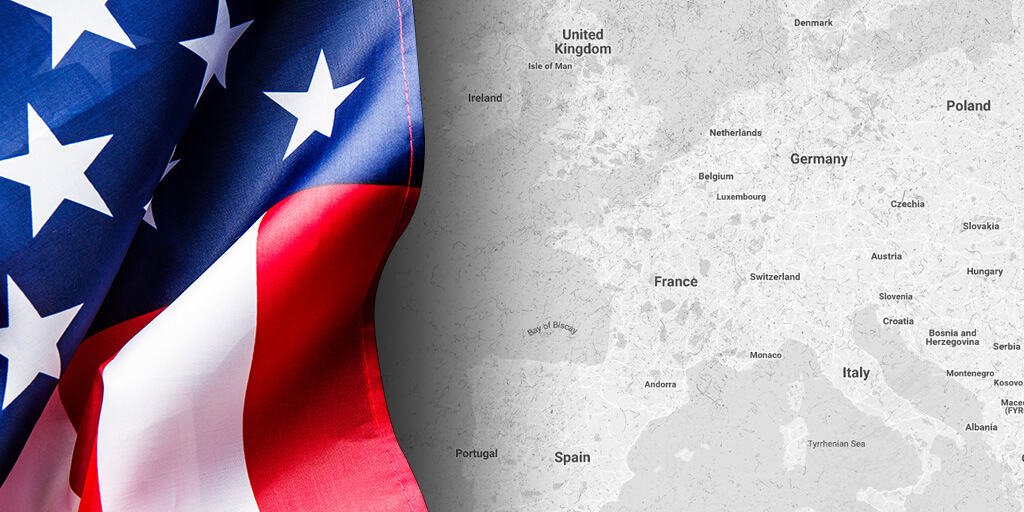 Why Europe is a hot spot for U.S. ecommerce sellers

If you’re an American online merchant selling in the USA, you already sell on a marketplace with a big sales potential. But in today’s globalized world, this is just the beginning.

What could be your next stop?

Europe. Many Europeans order products online from abroad and also love American brands. Additionally, as many trends gravitate over to Europe from the USA, America is a special online shopping destination. Thus, you’re likely to come across millions of extra online buyers interested in your product.

There are a few good reasons why you should sell online in Europe to instantly grow your online sales. Find out now.

International ecommerce in Europe is on the rise

In Western Europe there has been a steady growth in online retail sales from 2012 to 2017, 12% on average. Southern Europe, in turn, has an average of 18% growth each year.

There are many reasons why international ecommerce is gaining more and more appeal in Europe. One of the recent events driving cross border trading is Brexit. Since the referendum there’s been an overall increase in retail sales on European markets. 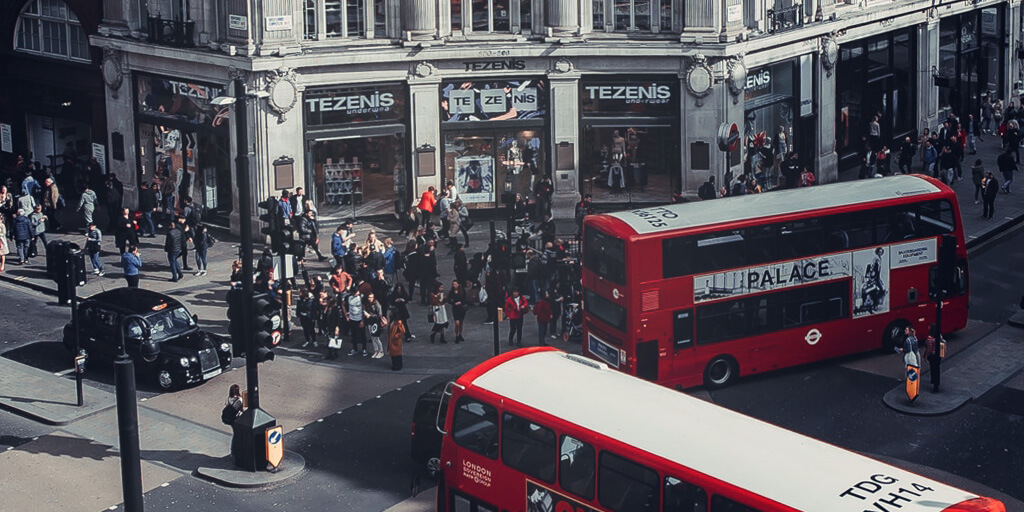 One of the recent events driving cross border trading is Brexit. Since the referendum there’s been an overall increase in retail sales on European markets.

With Brexit becoming reality, keep your eyes wide open. If the UK is no longer part of the tariff-free trade zone, European buyers can expect much higher costs when ordering from Britain. It may make more sense for them to order from other EU countries, but also from other continents.

Interestingly, many EU marketplaces lag behind the UK digitally and have a relatively limited product availability. When the UK becomes a more expensive non-EU online shopping destination, Europeans will be more open for other digitally-advanced marketplaces, such as the USA.

In the meantime, even though Brexit is on the cards, you can still use the UK as your springboard and gateway to Europe. This can be a convenient solution for starters as there’s no major language barrier for American sellers.

Among other factors contributing to the growing sales potential in Europe are the increasing number of young shoppers and the widespread use of mobile devices.

In 2015, 20% of all the revenue generated by European businesses came from ecommerce. Ecommerce transactions, including international ones, are rising due to the growing confidence among consumers to buy online. Within a year almost 350 million people used ecommerce in Europe.

The top European marketplaces have high and diverse purchasing power. The population of Europe is 827,650,849 and Internet users amount to 704,833,752. Internet penetration in Europe is high (over 80%).

It should be relatively easy to find suitable audiences for your products and brands. In fact, your products can be found by millions of extra consumers.

There’s already a lot of proof for the openness for cross-border transactions in Europe. For example, KW Commerce is an online seller based in Berlin but it’s also the top Amazon seller in Italy.

Europeans, online shopping enthusiasts, love American brands. According to a report from NetBase, the most loved brand in Europe is Apple, followed by Google. But Europeans love smaller brands made in America, too. 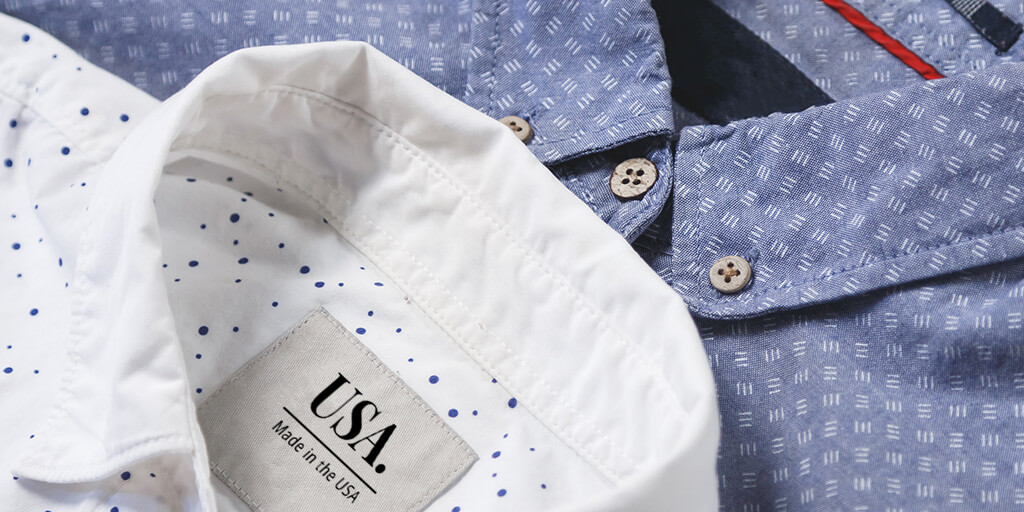 The general cross-border trade trend, Brexit and the popularity of ecommerce & American brands are all positive indicators for American online sellers trading in Europe.

One of the most important European markets for U.S. brands is Germany. About one third of the leading U.S. ecommerce retailers were planning to enter the German market in the next four years, according to the “Internationalizing Your Brand in 2017” study commissioned by Arvato and conducted by the Worldwide Business Research Digital Agency. The Benelux countries, France and Italy are also top targets.

Europe is one of the largest and most dynamic ecommerce markets in the world. U.S. brands, therefore, need to actively improve their reputations in Europe.”

Selling in Europe brings big sales potential, but also challenges non-existent in the USA. For starters, some American sellers assume that the EU is one big market. They may expect uniform consumer habits, similar to America’s. 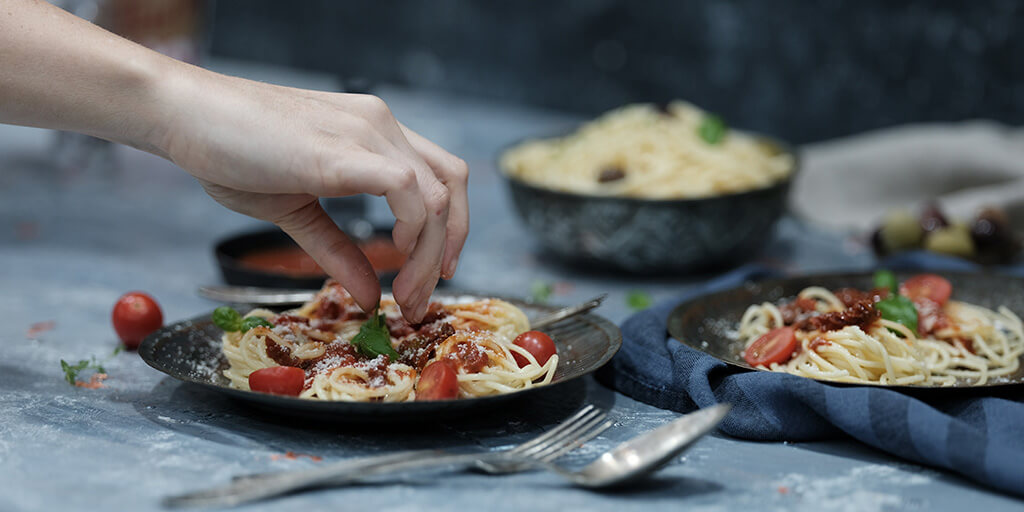 A fast food enthusiast in the U.S. is a different consumer from the one in southern Italy, where cooking is an art.

There is a lot of variety. Europe consists of about 50 countries that speak different languages, have various legal requirements as well as their own buying and payment preferences.

To illustrate this further, debit/credit cards or PayPal are widely adopted, but, for instance in the Netherlands, many consumers prefer to pay with a payment method called iDEAL. One in three online customers in German-speaking countries prefers payment by invoice. It may also be too early to offer services, such as ApplePay or Samsung Pay on many European markets.

In terms of legal requirements, the EU is working hard at implementing standardization to facilitate cross-border business, e.g. the recent changes in VAT and geoblocking regulations. However, there are still differences at national level.

Will it be easy to sell online in Europe?

It won’t happen by itself but a hassle-free expansion into Europe is definitely possible for you.

To start with: competition. Ecommerce markets in Europe are smaller. For instance, there are around 2 million active Amazon sellers worldwide and only approx. 200,000 of them are in Europe, which means significantly lower competition.

Further, in Europe the biggest online stores are accountable for a big part of ecommerce revenue. These big stores, however, are only a fraction of the total stores online. Most European online stores are small shops with many selling no more than six products.

A large number of European online stores seem to be hobby projects (often self-made products). They help sellers generate some extra income, on top of their daily jobs. Many markets aren’t saturated yet, which means that there’s still a lot of potential in Europe in various ecommerce categories.

All these points make selling in Europe relatively easy. But…

How about the practical part and launching my online store abroad?

… you may ask. This may sound like a contract from hell, but it’s actually much easier than it seems. 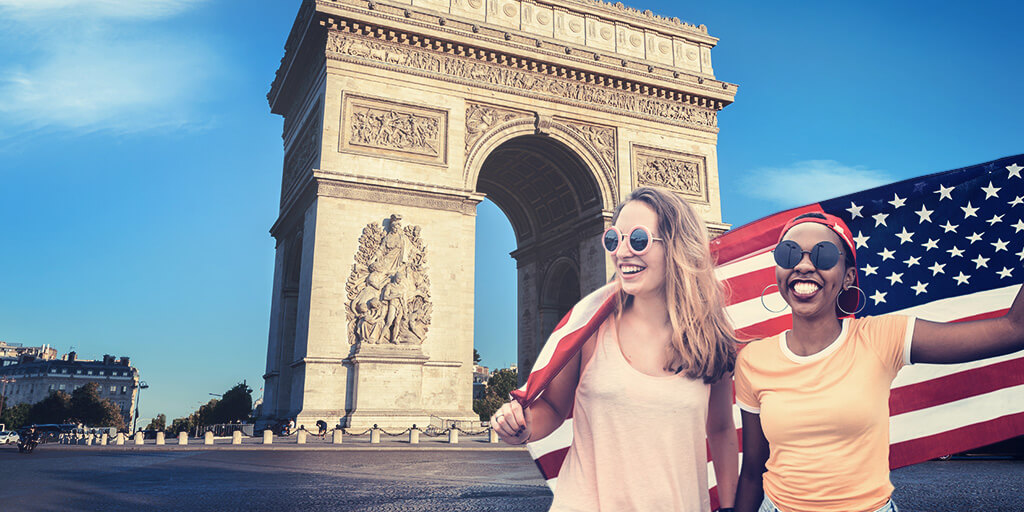 There are many reasons why international ecommerce is gaining more and more appeal in Europe. American online sellers can tap into this potential. It won’t happen by itself but a hassle-free expansion into Europe is definitely possible.

It’s a pity that internationalization is a daunting prospect for so many American sellers. Granted, Europe means cultural differences on many (ecommerce) levels. There are language and cultural barriers, different consumer expectations / market characteristics, higher shipping costs, local taxes and different currencies and laws.

But there’s good news, too.

You don’t have to sort everything out from day one, or even manually. With today’s technology, it can take just a few clicks to launch your store in Europe. A cross-border trade partner can help you minimize shipping costs and maximize your international sales potential.

So don’t waste your energy worrying. First, research which market offers the best sales potential for your product. Then consider automatic solutions that will take care of all aspects of preparing your online store for growing international sales.

There are full-stack solutions that will provide you with the whole package needed for growing your sales abroad:

Europe is a great destination for many American online sellers. Europeans treat the USA as a special online shopping destination and are keen on American brands.

Some American brands set up shops in flagship EU locations where the rent is higher. However, this is not as lucrative a solution as it could be in the case of setting up an online store.

Hence, consider launching your store on European markets. Ecommerce localization is the next step.

This easy part is usually seen as too complex by many American sellers, which is a pity. Ecommerce localization can take just a few clicks and bring tons of extra revenue for you! 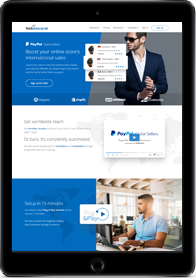 You need only a few clicks to offer your products in tens of new locations. Test it right now!

[FREE report] Ecommerce in the UK: the definitive guide